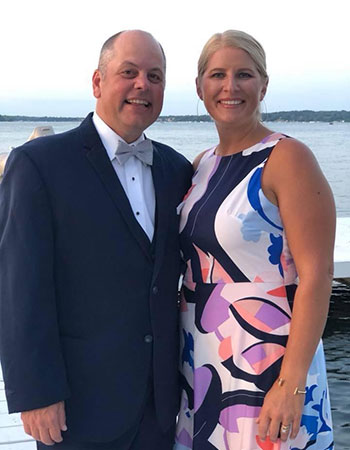 Tom Walton has lived in the Lake Geneva area since 1976 and graduated from Badger High School in 1988. After working for EMS Industrial in Richmond, IL as a Sr. Purchasing Agent for ten years, Tom entered the HVAC, Plumbing & Electric trades as a comfort Specialist for Peck & Weis Heating, Cooling, Plumbing & Electric in 2001. He is now entering his 20th year with the company and has also earned the title of General Manager.

Tom has always been involved in many local, civic and charitable organizations. Most notably as the youngest President to serve the Lake Geneva Lions Club, being a member of the YMCA Board of Directors for nearly 20 years, serving four years as an elected official for the Town of Geneva, and ten years of coaching local youth in baseball, basketball and flag football.

Tom is married to his wife of 17 years Jamie, and they have two children TJ (15) and Zach (12). When not working or volunteering, Tom enjoys golfing, attending concerts & sporting events, and vacationing with family & friends.
As someone who is always looking to make a difference in the lives of today’s youth, Tom is thrilled to have been accepted as a board member of Kisses from Keegan & Friends and hopes to build on the foundation of what is already a solid organization.